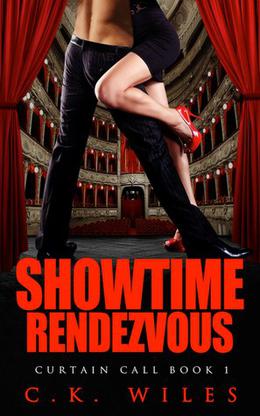 Kristin Hughes swore she would never work in the theater again, but that’s exactly where the employment agency sent her for her first accounting job. When performer and old flame, Devon Dashner appears, he doesn’t recognize his ex-lover. Kristin would rather smack Devon than work with him, but with money tight and desperation even tighter, she sets out to finish the job and keep her identity, and her emerging desires private—at least for now.

After she’s had a taste of the theater owner’s crazy antics, and a bookkeeping system from the dark ages, Kristin wonders if she made a mistake agreeing to stay, but Devon’s cunning charm and shirtless work attire are too tantalizing to ignore. After an evening of unwitting voyeurism and a party filled with costumes and lavish libations, Kristin’s secrets are threatened and she must make a choice; disappear or expose everything, and risk being rejected all over again.
more
Amazon Other stores
Bookmark  Rate:

'Showtime Rendevous' is tagged as: