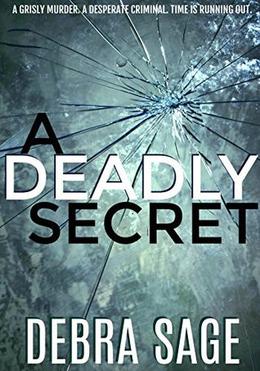 When a decimated body is found in the wooded area of a popular, suburban park, the quiet community is jarred. Alex Ramsey, the detective in charge of the case, is forced to confront evil. The bone-chilling murder has the town on edge, and Alex doesn't have a lot of experience under his belt.

He didn't mean to kill her...not at first. Backed into a corner, he snapped. Staring into the face of chaos, a once ordinary man sees his life unraveling. He's in too deep. Spiraling out of control, he's trapped by secrets that can't be undone. If someone gets in his way, he'll have no choice but to stop them. He's going to have to kill again. It's a shame, because he really did like Amanda.

Time is running out.

After a string of disturbing events, Alex realizes that ER nurse Amanda is the killer's next target. With Amanda in dire danger, he's forced to find answers faster than they want to be found. Can Alex track down the killer and bring him to justice before he strikes again? Or will a lethal secret bring a devastating end to Amanda's life?

'A Deadly Secret' is tagged as:

Similar books to 'A Deadly Secret'

Buy 'A Deadly Secret' from the following stores: