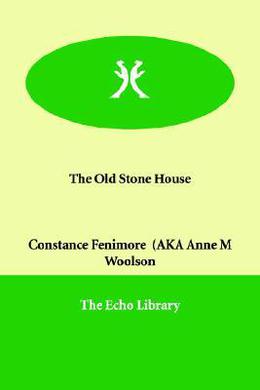 Constance Fenimore Woolson (1840-1894) was an American novelist and short story writer. She was a grandniece of James Fenimore Cooper, and is best known for fictions about the Great Lakes region, the American South, and American expatriates in Europe. Woolson's father died in 1869, and in the following year she began to publish fiction and essays in magazines such as The Atlantic Monthly and Harper's Magazine. Her first full-length publication was a children's book, The Old Stone House (1873), and in 1875 she published her first volume of short stories, Castle Nowhere, based on her experiences in the Great Lakes region. Woolson published her first novel Anne in 1880, followed by three others: East Angels (1886), Jupiter Lights (1889) and Horace Chase (1894). In 1883 she published the novella For the Major, a story of the postwar South that has become one of her most respected fictions. In the winter of 1889-1890 she travelled to Egypt and Greece, which resulted in a collection of travel sketches, Mentone, Cairo and Corfu (published posthumously in 1896).
more
Amazon Other stores
Bookmark  Rate:

Buy 'The Old Stone House' from the following stores: