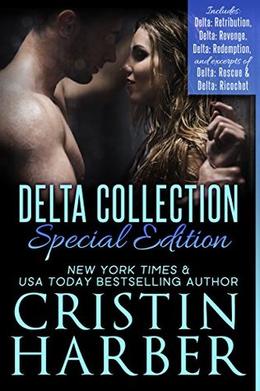 A MAN IS NOTHING WITHOUT HIS TEAM
Trace Reeves was one bad day from a dishonorable discharge. The best the Navy SEALs had to offer, he became a vengeful, angry mess when his twin brother was killed-in-action. Now he's focused on a deadly obsession and unable to cope with the pain and guilt... except one time, in the arms of a one night stand that he'd never see again. She was smart, the sexiest thing he'd ever touched, but she disappeared into the night.

Titan Group was recruiting for their Delta team. They wanted ghosts. No ties. Nothing personal. The best of the best who could live off the grid and surface when commanded. Trace was the perfect recruit. Damaged. Heroic. Nothing to lose.

UNTIL A MISSION--OR A WOMAN--CHANGES EVERYTHING
But when Trace's one-time fling becomes his high-value target during a black ops job, the lines blur between her rescue mission and saving himself.

A Tortured Hero with a Heart of Gold

Growing up on the streets of Rio de Janeiro, Javier Almeida has only his older sister to protect him. When she's sold to a human-trafficker, he vows to hunt down those responsible.

Years later, Titan Group's Delta team finds him, tattooed and brawling, a vigilante protector with information they want. They take him in and train him, working him harder than a man should be driven, until he's a soldier harboring an obsession. Ready for revenge, Javier ghosts his way across the globe, tracking the men who took his sister and working elite private security jobs.

Jilted at the altar, Sophia Cole turns the reception into a one-woman party. She's intent on devouring all the cake and champagne, so she can bask in the calories she's been avoiding. In the midst of the revelry, he walks in, the one man she can never ignore.

Javier is her older brother's black ops teammate--an automatic Do Not Go There. But if there's one thing better than fondant and a buzz to ease the wounds of a cheating fiancé, it might be a one-night stand with a South American military man.

It's a Game Changer

Javier didn't expect to see Sophia again. He never thought he would even want to see her again. He shouldn't have touched her, but his mind won't stay away from her.

Now, Sophia Cole is thousands of miles away from the safety of her parents' lavish estate and working alongside him in hell. She's a staffer at an Embassy, and he's there to keep them alive. There are bombs and bullets and blood-hungry enemies.

And then she's taken. Gone. Just like his sister. But so much worse.

That was all that the woman would share when Delta team's expert trigger man, an Australian named Ryder, pulled her from the pits of a human trafficking nightmare and took the gun from her hand.

He didn't mean to steal her revenge but survival was the priority. Now that Victoria was home? She had a past he was trying to understand while still keeping a secret from her.

But he's not the only one. When she goes missing, Delta team discovered that Victoria No Name was a one-woman vigilante force, taking on whoever crossed her path, from gunrunners to a drug-pushing motorcycle club.
more
Amazon Other stores
Bookmark  Rate:

All books by Cristin Harber  ❯