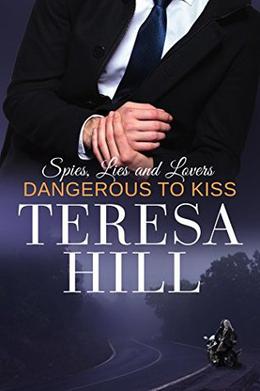 On a disastrous assignment, Geri Sinclair was shot, her partner nearly killed, a third agent left dead, and the mysterious government scientist they were guarding disappeared.

Geri was determined to make someone pay — but when she finally hunted down the scientist, Alex Hathaway wasn’t the man she expected. He didn’t seem like a cold-blooded killer. Much as she hated to admit it, he was sexy as could be, a tad protective of her, maybe even kind.

She either had to bring him in or — if she believed he was innocent — keep him safe and wait for the real killer to find him, because Geri wasn’t the only person after him.

'Dangerous To Kiss' is tagged as:

Similar books to 'Dangerous To Kiss'

All books by Teresa Hill  ❯

Buy 'Dangerous To Kiss' from the following stores: