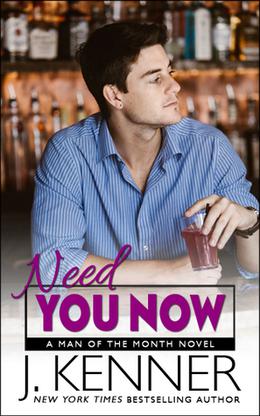 With his tousled hair, cocky grin, and surprising abs hidden under a conservative button-down, bartender Cameron Reed is no stranger to the attention of women.

He dates, but never gets serious, claiming that he’s too focused on his studies. But it’s not really school that preoccupies him; it’s sensual fantasies of his best friend’s sister.

Mina Silver might be absolutely off-limits because of her overprotective brother and father, but that doesn’t stop Cam from imagining the feel of her in his arms, the brush of his lips over her soft skin, or the sparks that would fly between them if he ever got her into bed.

But for Cam, the bonds of family and friendship are sacrosanct, and there is no way that he’d ever violate his friend’s trust. Or would he?

Because with love on the line, maybe it’s time for Cam to break a few rules.

Each novel in the series is a STANDALONE romance with a guaranteed HEA!

But even so, you won’t want to miss any in the series. Because then you can answer the question…


Who’s Your Man of the Month?

When a group of fiercely determined friends realize their beloved hang-out is in danger of closing, they take matters into their own hands to bring back customers lost to a competing bar. Fighting fire with a heat of their own, they double down with the broad shoulders, six-pack abs, and bare chests of dozens of hot, local guys who they cajole, prod, and coerce into auditioning for a Man of the Month calendar.

But it’s not just the fate of the bar that’s at stake. Because as things heat up, each of the men meets his match in this sexy, flirty, and compelling binge-read romance series of twelve novels releasing every other week from New York Times bestselling author J. Kenner.

'Need You Now' is tagged as:

The 'Man of the Month' series

Similar books to 'Need You Now'

Buy 'Need You Now' from the following stores: