Twice in a Lifetime (Burke Sisters #2) 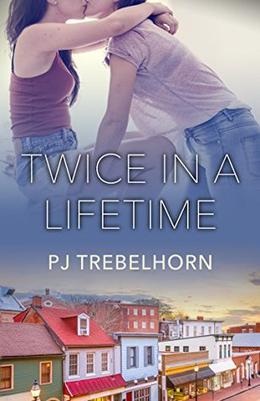 Police detective Callie Burke returned to western New York after a bad breakup. She immerses herself in work as a way of avoiding any personal connections. But as her feelings for her sister’s boss and late friend’s widow move beyond friendship, she isn’t quite sure how to handle it.

Bar owner Taylor Fletcher lost her firefighter wife almost four years ago. Dating is the last thing on her mind. She gave her heart away once and isn’t willing to risk that kind of pain again. But now Callie, a woman she isn’t even sure she likes, is getting under her skin.

Because of a threat on Taylor’s life, they spend more time together, and both begin to feel things they never expected. Callie’s never had the once-in-a-lifetime type of love. Taylor has, but Callie makes her wonder if it’s possible to find that kind of love twice in a lifetime.
more
Amazon Other stores
Bookmark  Rate:

'Twice in a Lifetime' is tagged as:

Similar books to 'Twice in a Lifetime'

Buy 'Twice in a Lifetime' from the following stores: