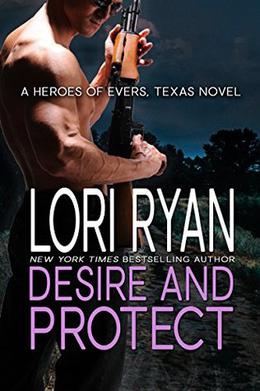 Evers, Texas is Phoebe’s shot at leaving behind the fun-loving woman no one takes seriously, and she’s determined to make it work. Unfortunately, he’s determined to give up his steady, staid ways and he wants her help. Can they meet in the middle and make love work?

It might have taken Phoebe Joy a little while to realize there’s more to life than having fun, but she’s got the message now. She knows, if she doesn’t make changes, she’s going to lose out on her chance at love and a family of her own. It isn’t easy to erase the mistakes of her past and remake herself, and the oh-so-sexy Shane Bishop is tempting her like no man has before. To top it all off, when she stumbles on a mysterious death in her new town, the dream she’s trying to hold onto is in more danger than she realizes.

Shane Bishop knows how everyone sees him. He’s the boring brother. The one you can count on to solve your problems, to consistently be exactly the way he’s always been. Day after day, after dreary day. When Phoebe shows up in his office, he’d be an idiot to try to deny the way her beauty and excitement tempt him. And if there’s one thing Shane has never been, it’s stupid. But when she uncovers a murder the town never even realized had happened, her life is in danger and he’ll have to race to save the woman who’s stolen his heart.

Desire and Protect is a standalone book that can be read in any order within the series.
more
Amazon Other stores
Bookmark  Rate:

'Desire and Protect: a small town romantic suspense novel' is tagged as: