Surrender My Heart: A Second Chance Romance (Caught Up in Love #3) 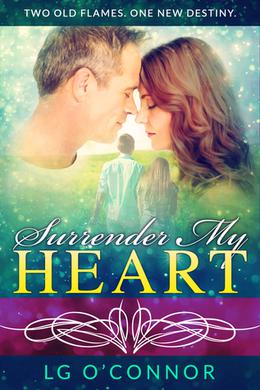 Do you remember your first love in high school? What if you never stopped?

For decades, Katherine "Kitty" McNally has secretly loved John Henshaw, the man lying shot and unconscious in the hospital bed next to her. Then again, maybe not so secretly. Those closest to her, including her soon-to-be ex-husband, have suspected it for years. Their story ended with a gunshot wound the last time, too. Life seems to have taken her full circle, but only the dead know the secrets she still keeps.

Detective John Henshaw fell in love with his "Kat" the moment she became his geometry tutor in high school. When they graduated, he thought their future was sealed. Wrong. Enter life's nonstop curveballs. The worst two moments of his life were the two times he lost Kat. After thirty-five years and one failed marriage trying to forget her, he can't escape the fact that he's never stopped loving her. Maybe it's just his ego, but he could swear he sees a spark of love in her eyes every time she looks at him. That's what keeps him in the New Jersey town that holds his most painful memories. That's why he accepted his place decades ago as a family friend to the McNally sisters.

As John recovers from his hospital stay in Kitty's care, they slowly rediscover each other. This is Kitty's last chance to confront her past and rekindle their love--if John can forgive her once he learns the truth.
more
Amazon Other stores
Bookmark  Rate:

The 'Caught Up in Love' series

Similar books to 'Surrender My Heart: A Second Chance Romance'

Buy 'Surrender My Heart: A Second Chance Romance' from the following stores: