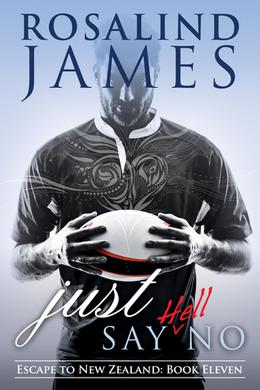 Need an Escape to New Zealand?
Valentine's Day.
Even a hard man needs a soft side.

Marko Sendoa isn’t a beach man. He’s not an Auckland man. He’s a hard man. Born Basque tough, raised in the heart of New Zealand’s Southern Alps, and bred on hard work, discipline, and getting the job done. It’s not easy for a rugby flanker who’s played 13 bruising seasons to make it to age 32 at the top of his game, but he’s done it. Next year is the Rugby World Cup, and he’ll do whatever it takes to be on the field in the black jersey when the anthems are sung.

He’s getting them anyway.
more
Amazon Other stores
Bookmark  Rate:

'Just Say No' is tagged as:

The 'Escape to New Zealand' series

Similar books to 'Just Say No'

All books by Rosalind James  ❯

Buy 'Just Say No' from the following stores: