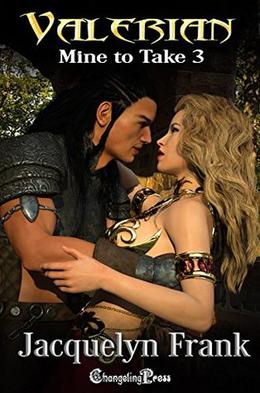 Valerian Jorku is second born heir to a massive throne overseeing the largest country in many lands, a country that is ever growing, thanks to his power hungry brother Vicktor, the emperor. But Vicktor is a cruel master and Valerian grows increasingly restless as he experiences his brother's brutal nature and its effect on others.

Melena, a newly acquired slave girl he is conditioning to his pleasure, whispers nightly of his responsibilities to the people and how those responsibilities should outweigh his honorable intentions toward a brother who is clearly insane. Should he listen to this woman, sister to a rebel thorn in his side, or should he continue to honor his father's last wishes and be Vicktor's silent general, doing whatever he asks, no matter how wrong?

When Vicktor threatens her life and begins to turn Valerian's women against him, Melena seizes the opportunity to push Valerian further in the right direction. But Valerian is not a man to be mastered. He is the one in control and ultimately it is he who holds all of their fates and futures in his hands.
more
Amazon Other stores
Bookmark Rate Book

Buy 'Valerian' from the following stores: