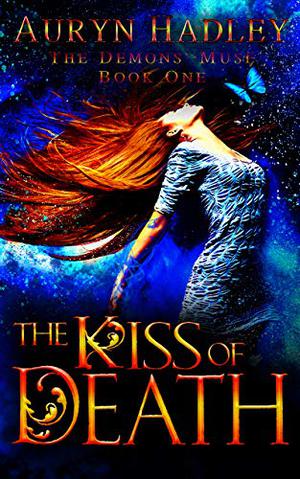 I always imagined Death's final kiss would be cold. It wasn't.

Four years later, I can still remember the exact shade of his skin: a blue so pale it looked like moonlight. I dream of his touch. Mostly, I paint the man under the heavy cowl, including those perfect lips which ruined mine for anyone else.

I'm obsessed with him.

The doctors say he's nothing more than a hallucination caused by a mixture of head trauma and emergency pain medications. I think he's a really sexy figment of my imagination. I mean, who besides an artist would dream up the Grim Reaper for their hero?

Now, something's changed and my drawings are taking on a life of their own. As if college wasn't hard enough, trying to keep this a secret is going to be impossible. Keeping my sanity might be worse. And that's not the worst of my problems.

Death is back.
He wants another kiss.
And he's not alone.

The Kiss of Death is a 156,000 word, full-length novel with NO cliffhanger ending. This is a Reverse Harem series which includes multiple love interests, some m/m themes, and graphic scenes of sex, violence, and language. Be warned: everything you thought you knew about the world, religion, and death will be pulled apart, twisted around, and put back together in ways you will not expect.
more
Amazon Other stores
Bookmark  Rate:

'The Kiss of Death' is tagged as:

Similar books to 'The Kiss of Death'

Buy 'The Kiss of Death' from the following stores: