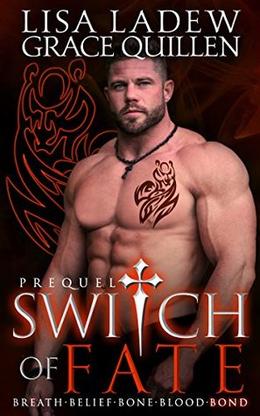 Growler and Anna begin their lives at the cosh, a place with only one rule: A switch may not favor only one shifter, because it makes her weak. This is a rule Anna has no choice but to break, as Growler steals her heart again and again.

Boss cuffed him on the back of the neck and forced him to bend as they headed into the meadow. “Keep your eyes down.”
The other alphas were already strolling across the meadow as men, hard males all, they headed for a stage to the far side of where Growler had dropped the vampire head at the feet of Anna. She’d looked as beautiful as he had remembered. There had been many a fair switch in the meadow, but none had called to him like Anna. He could not have taken that vampire head to anyone else.
Up onto the stage the alphas manhandled him. “Stand tall, that the switches may examine you,” Boss told him.
Growler did so, knowing he’d passed the alpha’s tests, and he could raise his chin.
One switch with long dark hair, caramel skin, and a plain white dress that stirred the imagination stopped in front of them. “His name?” she said to Boss.
“Growler,” Growler growled.
The switch laughed and covered her mouth. “Such a fyne name. It fits you. You were the one growling in the forest this morning?”Growler nodded once. When the switch gave him one last coy smile and wandered off, he set his eyes to look for Anna. She was near the center of the circle, looking lost, nearly wringing her hands, her sister talking urgently to her. His eyes never wavered from her, as the alphas seemed to wait for something. They all stood on the stage, and switches openly gazed at them from seats and perches.
A pair of switches passed in front of them, eyeing him up and down. He growled, because he could not help himself. It was what he did. Boss cuffed him on the back of the head.
Anna had heard his growl. She looked up, seeing him for the first time. Recognition crossed her face, then a smile. He was glad to see it. He stood a little taller, shook out his muscles a bit more...

Buy 'Switch of Fate Prequel' from the following stores: