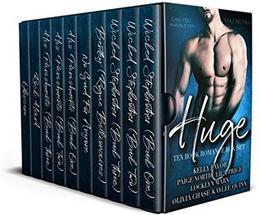 His Punishments by Kaylee Quinn

The punishment must fit the crime. And my crime was being unlucky enough to work for Drake Barrett…

A body that looked like it was made for giving women the best sex of their lives. And eyes as cool as polished steel.

That was the man who would become my boss…and my tormentor.

When billionaire mogul Drake Barrett took over the hotel I worked at, I had no idea that he would turn my life upside down.

Gorgeous, intimidating and cold as ice, he marched into our workplace like a conquering general and immediately began cleaning house.

Tales of his firings, his insults, and his demands began spreading through the hotel like wildfire. But those rumors were nothing compared to the man himself.

So I couldn’t be blamed for venting about him in the bathroom to one of my colleagues.

I told her exactly what I thought of our new boss, in great detail. It wasn’t meant to hurt anyone; I just said those things out of frustration.

But when my comments were inadvertently overhead by Drake himself, I became his number one target. And he decided to make an example of me.

Now, I have to deal with Drake Barrett’s series of unforgiving punishments meant to teach me a lesson. And the worst part of all?

The worst part is how much I like it.

My cocky, controlling stepbrother is in charge of me for the summer…

I hate the way he touches me, the way he makes my stomach flip, the way he always looks like he has a secret I’m too naïve to know.

I’m home for the summer from college, and I’m supposed to have the house to myself.

But instead, he’s here. In the driveway, washing his car, his abs glistening under the sun, his broad shoulders flexing.

The first thing he does is spray me with the hose, soaking my shirt and making it see-through.

I can tell he’s looking. But that’s ridiculous. Tristan dates models – I’m nowhere near their league.

But that night, something happens between us.

And before I know it, I’m not upset that he’s in charge of me. I’m begging for more – more discipline, more kissing, more lessons, more of him.

Hiding our relationship is hard enough.

Dealing with Tristan’s demons is another thing altogether…

Because Tristan has a secret. One that's darker and more dangerous than I could ever imagine….