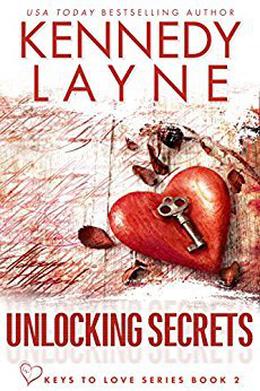 A grim discovery in Lance Kendall’s home proved one thing—the residents of Blyth Lake had a serial killer in their midst. Now Lance had unintentionally put a target on his back. Worst yet, he’s made the only woman he ever loved known to a murderer.

A trip down memory lane with the man who’d broken Brynn Mercer’s heart wasn’t the smartest thing she’d ever done in her life, but their reunion was a slow burn of temptation that she couldn’t ignore.

Together, they will only have one chance to correct the past. Will the hidden secrets he uncovered threaten their love or solidify it for a future that has always been out of their reach?

Their homecoming wasn’t so welcoming. Four brothers and one sister each gave twelve years of their lives to serve their country and fulfill their family’s legacy of service. As each of them return to their home of record, they weren’t prepared for what awaited them—an unforgiveable sin that has been hidden for twelve long years. Secrets and lies are concealed in the dark shadows of the very town they were raised in, and the Kendall family will have no choice but to rely on one another to unravel the sinister evil that they all hold the keys to unlock.
more
Amazon Other stores
Bookmark Rate Book

The 'Keys to Love' series