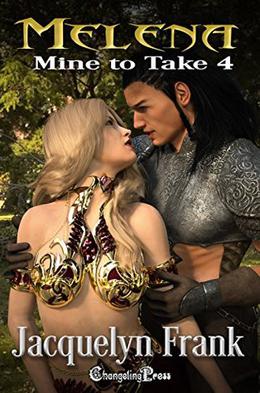 Valerian Jorku must decide how far he is willing to go to escape the reach of his violent brother. He will do whatever it takes to protect Melena. He hadn't planned to raise a rebellion, but Vicktor has left him with few other options -- there is no reasoning with a mad man.

Melena never planned to become Valerian's wiling submissive, but as she is brought further and further into Valerian's world of dominance, learns to enjoy his rough attentions. But trying to master the master is a dangerous game. One that could get them all killed and promises to ignite a war unlike anything the Jorku nation has seen before.
more
Amazon Other stores
Bookmark Rate Book

Buy 'Melena' from the following stores: