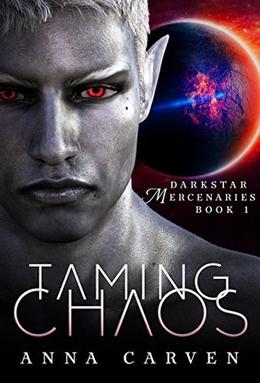 Torin Mardak came to Zarhab Groht to hunt. Some idiot's been selling Callidum weapons on the black market, and he's been tasked with finding the traitor.

The illegal trading station isn't exactly Torin's favorite place in the Nine Galaxies. It's dirty, chaotic, and full of thieves and murderers, but as an elite Kordolian First Division warrior, he's the most dangerous thing on this floating cesspit, and he won't let anything stand in his way.

But when he encounters a group of humans who really, really shouldn't be here, his priorities might just have to change, because one of them is about to get betrayed in the worst possible way...

And she just so happens to be exactly his type.

'Taming Chaos' is tagged as: