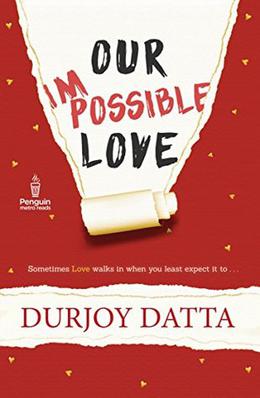 Aisha is a precocious seventeen-year-old who idolizes her mother and wishes to have a better relationship with her older brother. Twenty-three-year-old Danish has never been able to do anything that would make his parents proud, living as he is in the shadow of his genius younger brother. Aisha and Danish’s paths were never meant to cross but fate usually has a way of bringing unlikely people together, sometimes through the most unfortunate means.
The whole school knows about what is rumoured to have happened between Aisha and Vibhor behind closed doors. Some of the accounts are cruel, some are exaggerated, but none will ever come close to what actually happened to Aisha that night. And even if she does tell the truth, will anyone believe her?
Read on to find out what happens next in Durjoy Datta’s Our Impossible Love.
more
Amazon Other stores
Bookmark  Rate:

Similar books to 'Our Impossible Love'

Buy 'Our Impossible Love' from the following stores: