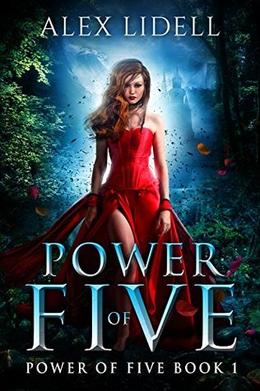 Orphaned and sold to a harsh master, Lera’s life is about mucking stalls, avoiding her master’s advances, and steering clear of the mystical forest separating the mortal and fae worlds. Only fools venture into the immortal realms, and only dark rumors come out... Until four powerful fae warriors appear at Lera’s barn.

River, Coal, Tye, and Shade have waited a decade for their new fifth to be chosen, the wounds from their quint brother’s loss still raw. But the magic has played a cruel trick, bonding the four immortal warriors to... a female. A mortal female.

Distractingly beautiful and dangerously frail, Lera can only be one thing—a mistake. Yet as the males bring Lera back to the fae lands to sever the bond, they discover that she holds more power over their souls than is safe for anyone... especially for Lera herself.

The 'Power of Five' series

Similar books to 'Power of Five'

All books by Alex Lidell  ❯

Buy 'Power of Five' from the following stores: