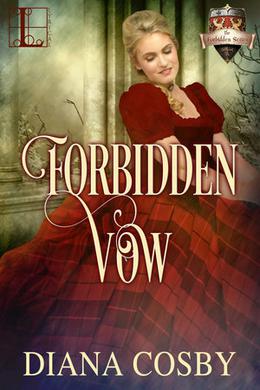 In battle-torn Scotland, a castle’s mistress awaits her groom, a warrior she has never met...

Lady Gwendolyn Murphy’s fiancé has finally arrived at Latharn Castle, but she expects no joy in their introduction. Gwendolyn is well aware of Bróccín MacRaith’s cold reputation. Yet from first glance, she is drawn to the intimidating stranger. Impossible! How could she be dazzled by such a callous man?

Little does she know, Bróccín is dead. The man Gwendolyn believes to be her intended is actually Sir Aiden MacConnell, a member of the Knights Templar and her enemy, masquerading as the earl to gain access to the castle. His soul is dedicated to God and war; he has no time for luxuries of the flesh. But Gwendolyn’s intoxicating beauty, intellect, and fortitude lures him to want the forbidden.

With the wedding date quickly approaching and the future of Scotland at stake, Aiden gathers critical intelligence and steels himself for his departure, vowing to avoid an illicit liaison. But a twist of fate forces him to choose—move forward with a life built on a lie, or risk everything for the heart of one woman?
more
Amazon Other stores
Bookmark  Rate:

'Forbidden Vow' is tagged as:

All books by Diana Cosby  ❯