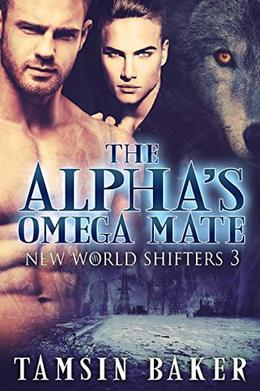 In a world where only the paranormals survived... A cruel virus wiped out all humans. Now there’s a war between the supernatural factions…

Alpha wolf, Erik, finds a hot young male in the forest near his hidden home. His body instantly recognises the lost boy as an Omega wolf, the most alluring kind of all to an Alpha like him.

Omega wolf, Corey, has managed to escape a broken world, only to find himself in a pack who lives as though time has forgotten them. Inside the safety of their compound, it is like the war never hit.

Corey wants nothing more that to please his new Alpha, and stay hidden from the turmoil of the rest of the world. For the first time he is safe. And loved.

Erik's brother is on the war path, and the threat of the outside world is closing in.

Can Erik and Corey’s bond form in the turmoil of this new world?

Fated Mates. In a world gone to Hell.

The last of 'The New World Shifters' is here!
more
Amazon Other stores
Bookmark  Rate:

'The Alpha's Omega Mate' is tagged as:

Buy 'The Alpha's Omega Mate' from the following stores: