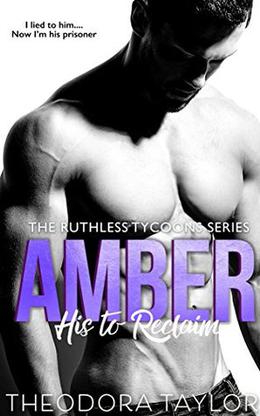 The Thrilling Conclusion to the Ruthlessly Obsessed Duet!

Since our divorce, my ex-husband has morphed into one of the most powerful crime bosses on the eastern seaboard. He's not someone you want to cross, and I did a good job of avoiding him for five whole years.

But then I lied to him.

When he caught me in that lie, I admitted it. Finally told him the truth.

And he immediately made me his prisoner.

Because Luca Ferraro doesn't forgive and he doesn't forget. And as far as he's concerned, revenge is best served twice.

But I'm going to get out of his prison. I am determined to escape.

I just don't know if I'll be able to get away with my heart intact. Or my soul.

Yeah, I think it's pretty safe to say... Worst Divorce Ever.

READER WARNING: This is a second chance romance gone dark. DO NOT finish this tale of ruthless love and obsession unless you are fully prepared for a hero who will stop at nothing to get his ex-wife back. Bring some tissue and some cuss words, and don't ever say we didn't warn you.
more
Amazon Other stores
Bookmark  Rate: