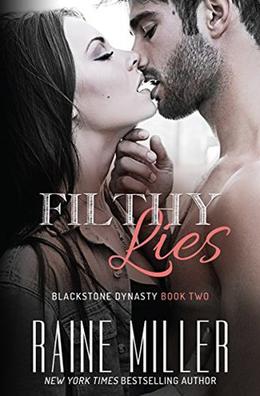 On the day I turned fifteen years old I knew I loved James Blakney. There was a look in his eye that told me he’d finally noticed I existed in a realm beyond best-friend’s-much-younger-off-limits-don’t-even-think-about-it-little-sister. Call it womanly intuition, despite the fact I was barely qualified for being an actual woman at just fifteen—and only in the biological sense—but still, I knew I loved him.

What I never expected from him was a proposal of marriage nearly eight years later. I know it's not supposed to be a real marriage, but James is certainly making it feel that way.

He's also hiding something from me.

But I've hidden the truth from him as well.

So many filthy lies.

'Filthy Lies' is tagged as:

All books by Raine Miller  ❯