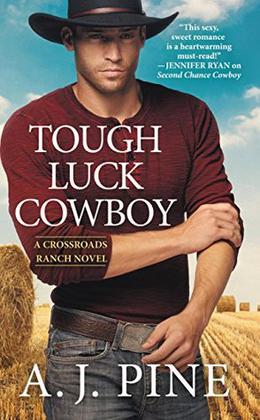 The only girl he ever wanted was the one he could never have.

What's the saying, bad luck comes in threes? If so, Lily Green is due for something good. First, her divorce is finalized---on her birthday, no less. Then the first job she lands for her catering company turns out to be for her ex-husband's wedding. To top it off, she's stuck working the event with Luke Everett, the sexy-as-hell best man who's never been able to stand her. When can a girl catch a break?

For years, Luke has kept his feelings for Lily safely hidden. Hitting on his best friend's ex-wife would definitely break the cowboy code of honor. But ever since an injury sidelined his rodeo riding, the two of them keep getting thrown together. It's only a matter of time until his true feelings come to light. When that happens, it will either be the biggest mistake of his life, or a sign that his luck is about to change.
more
Amazon Other stores
Bookmark  Rate:

'Tough Luck Cowboy' is tagged as: