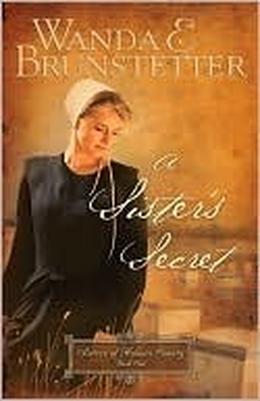 Grace is the oldest sister in the Hostettler family. Having put her rumschpringe (running around years) behind her, she has returned to Holmes County, joined the Amish church, and begun a new life. For the past four years, everything has been going fairly well, until the day she sees an English man who knows enough of her past to jeopardize her future. Will Gary Walker's passion for Grace destroy more than one life? Amish man Cleon Schrock is planning to marry Grace, but ignorant of her past. Will love and faith triumph over shame and deception in Holmes County? A Sister's Secret is book 1 in the Sister's of Holmes County series. Other books in the series include A Sister's Test: Book 2.
more
Amazon Other stores
Bookmark  Rate:

'A Sister's Secret' is tagged as:

Similar books to 'A Sister's Secret'

Buy 'A Sister's Secret' from the following stores: