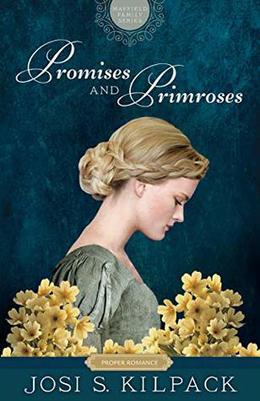 Lord Elliott Mayfield has done his best to take care of his family, first his siblings and now his nieces and nephews. Unfortunately, he sees this new generation moving in the same direction of bad matches and scandalous relationships as the last. In hopes to change their course, he establishes a “marriage campaign” to motivate them to improve themselves through making respectable matches. With his heart in the right place, what could possibly go wrong?

Peter, Elliott’s eldest nephew, thinks the entire idea is ridiculous. A widower with two young daughters, he simply needs a governess, not a wife. Julia Hollingsworth certainly has the credentials and the experience, but is altogether too young and pretty for such a job. So why can’t he stop thinking about her?

Julia loves working as a governess, despite the objections of her mother, Amelia. And as it turns out, Amelia has a lot to say about the Mayfield men—none of it good. But Julia dismisses the rumors of ruined reputations and instead concentrates on helping Peter with his children and his fledgling business in canine husbandry. His kindness and gentleness is endearing—and increasingly attractive.

But Amelia, whose heart was broken thirty years ago by none other than Elliott Mayfield, is determined to prevent any relationship from blooming either between Peter and Julia—or between herself and Elliott.

Hearts and history collide as both couples must face their pasts and decide if risking it all is worth the promise of new love and a new future.

'Promises and Primroses (Mayfield Family Series)' is tagged as: