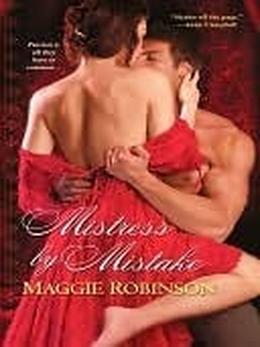 Scandal Is Only The Beginning. . .

Charlotte Fallon let her guarded virtue fall once--and she's paid dearly for it ever since. She swore she'd never succumb to men's desires again. But even a village spinster's life miles from temptation can't save her from a sister with no shame whatsoever. Or a heart that longs for more, whatever the cost. . .

Sir Michael Bayard found more than he expected in his bed when he finally joined his new mistress. He'd fantasized about her dewy skin and luscious curves, assured her understanding that what passed between them was mere dalliance. But he didn't expect the innocence and heat of her response in his arms. Nor her surprisingly sharp tongue once she was out of them. . .

A few days of abandon cannot undo the hard-learned lessons of a lifetime. Nor can an honest passion burn away the restraints of society's judgments. Unless, of course, one believes in nonsense like true love. . .

'Mistress by Mistake' is tagged as:

Similar books to 'Mistress by Mistake'

All books by Maggie Robinson  ❯

Buy 'Mistress by Mistake' from the following stores: