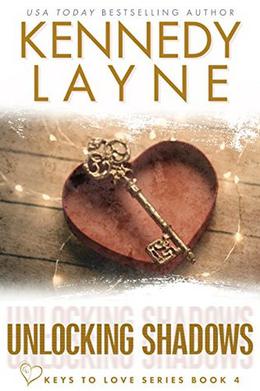 Gwen Kendall spent ten years in the Navy and used the last four to create a life for herself she could be proud of away from the confines of her overprotective family. Being the only woman in the Kendall clan tended to be a bit overwhelming at times.

Chad Schaeffer had been hired on to help restore an old farmhouse for one of the returning Kendall siblings. He’d heard about the trouble the family had encountered and honestly didn’t want to go anywhere near their properties. He had a change of heart when he saw the most recently returned Kendall sibling stepping out of her car with a key in her hand.

Gwen had waited a very long time to have a place to call her own, just as she had waited for the right man to share her life. One night of seduction convinces her she’s found both, but someone wants to take it all away. It’s been said that old houses retain a piece of each person who has lived there, but she never counted on the dark shadows wanting a piece of her.

Series Blurb: Their homecoming wasn't so welcoming. Four brothers and one sister each gave twelve years of their lives to serve their country and fulfill their family's legacy of service. As each of them return to their home of record, they weren't prepared for what awaited them--an unforgivable sin that has been hidden for twelve long years. Secrets and lies are concealed in the dark shadows of the very town they were raised in, and the Kendall family will have no choice but to rely on one another to unravel the sinister evil that they all hold the keys to unlock.
more
Amazon Other stores
Bookmark Rate Book