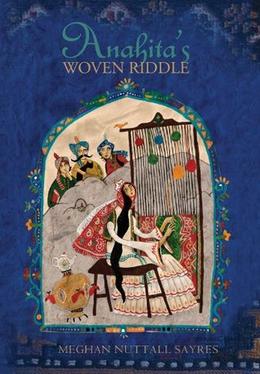 “A glimpse into a world not many books enter. Sayres does an excellent job developing characters that intrigue and tug at the heart.” --Historical Novels Review

“An engrossing story that weaves in Persian culture, history, and surroundings, and portrays the life of a unique young woman and her quest for love.” --School Library Journal


Set in 20th century Iran, this novel is part historical fiction, part fairy tale. Anahita has always been headstrong and independent. When her parents try to make a marriage match between her and her tribe's khan (an inter-tribe leader), Anahita rebels. She will gladly marry, she says, but only to the man who can solve the riddle she weaves into her wedding carpet. Though nothing like this has ever been done before, her family and the tribe's spiritual leader eventually agree to the plan. But who will solve the riddle - A schoolteacher with unusual blue eyes? Her childhood friend and confidant? The odious khan? Or a faraway prince she glimpsed at the market? Filled with rich details of life in the desert and a modern-thinking, clever protagonist, this is a timely, eye-opening glimpse at the Middle East from a writer who has lived and traveled there.
more
Amazon Other stores
Bookmark  Rate:

'Anahita's Woven Riddle' is tagged as: