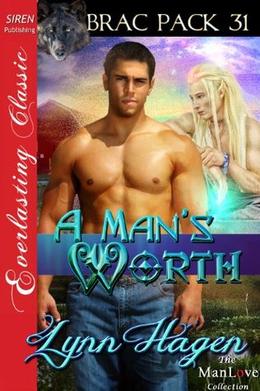 [Siren Everlasting Classic ManLove: Erotic Alternative Paranormal Romance, M/M, shape-shifters, HEA] Being one of the last Lakeland bears to mate, Bryce isn’t too happy when he finds out the man fated to be his has covered his scent for years. Tired of Ahm shimmering in and out of his life, Bryce finally puts his paw down and demands Ahm make a choice. Either be with him, or never show his face around Bryce again. Ahm shimmers away. Ahm is the revered leader of the Shadow elves. His tribe is grounded deep in tradition, and turns their backs on anyone who mates outside their race. But when Ahm finally tells his cousin that he has a male shifter for a mate, the tribe calls a hunt on Ahm’s head. With a cursed bracelet on his wrist and nowhere to run, Ahm calls for help. What he hadn’t expected was a clan of bears to come to his rescue. But Bryce isn’t a part of the rescue party, and he isn’t so sure he wants Ahm around. Can the two find a way to work out their differences before the tribe finds Ahm, and can Ahm find a solution to a growing problem in his tribe before his beloved race becomes extinct? ** A Siren Erotic Romance
more
Amazon Other stores
Bookmark  Rate:

Similar books to 'A Man's Worth'

Buy 'A Man's Worth' from the following stores: