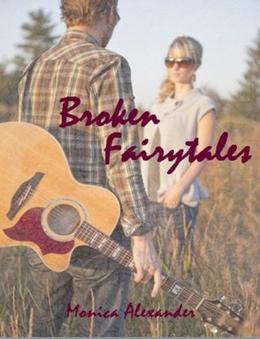 Emily Cole thought her life was just about as close to a fairytale as it could get. She was on track to graduate from college with honors, had a job lined up in her field, and was about to get engaged to the perfect guy. Then one day she woke up and something just felt . . . off. All of sudden, she started questioning the life she’d worked so hard to achieve, wondering if she’d been aiming for the wrong goals all along because they were safe and easy.

Just when she feels like her life is starting to spiral out of control, her parents announce that they’ve arranged for an extended family vacation, and Emily finds herself set to leave everything behind for eight weeks at the beach. She soon realizes a little time away from her life might be just what she needs, especially time away from her seemingly perfect boyfriend, who for some reason doesn’t seem all that perfect anymore. What Emily doesn’t realize is that the summer holds more surprises than she ever expected, especially one named Zack, a seemingly bad boy, who’s like no one she’s ever met, who she can’t stop thinking about.

As their worlds start to collide, Emily realizes that as different as they may seem on the outside, she and Zack actually have more in common than she ever thought. But being with Zack means taking a risk with an unknown outcome, something Emily hasn’t ever done before. So she has to ask herself, is taking a chance with Zack worth the risk, or is it better to play it safe like she’s always done?

'Broken Fairytales' is tagged as:

All books by Monica Alexander  ❯