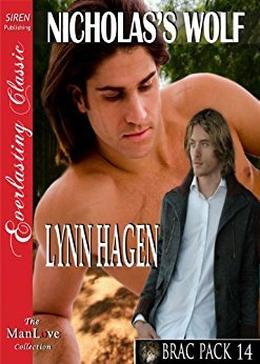 [#418 Siren Everlasting Classic ManLove: Erotic Alternative Paranormal Romance, M/M, werewolves, public exhibition, sex toys] Dr. Nicholas Sheehan lives under his father's thumbâ€”Dr. William Sheehan even picked out a fiancÃ©e for himâ€”until he was called to the house of Maverick Brac. All his father's plans fell by the wayside when he finds he can't resist the man with the long scar running down his face. Jason Colt is a grey wolf living in a den of timber wolves. Alpha Zeus traded him off like yesterday's underwear without a thought. His body scarred and his soul broken, Jason thinks of himself as the ugly duckling amongst swans. Having been isolated his whole life, Jason struggles to understand humans, especially his mate. He can't fathom why such a gorgeous man doesn't want to leave his side, so Jason fights the pull and orders his mate away. Will Jason be able to get past his torturous self-doubt and be able to claim what fate deemed as his, or will Nicholas be left without a mate to call his own? Note: Each book in Lynn Hagen's Brac Pack collection features a different romantic couple. Each title stands alone and can be read in any order. However, we recommend reading the series in sequential order. ** A Siren Erotic Romance
more
Amazon Other stores
Bookmark  Rate:

'Nicholas's Wolf' is tagged as: