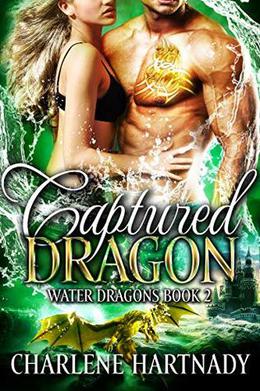 One thing is for sure, nothing good can come from this situation. Several human females are abducted during one of the Bride Hunts. Despite the danger to himself, Flood attempts to rescue the females. How can he not? He is gravely injured for his troubles, and wakes up to find himself in a tiny cell, complete with silver-infused bars. These slayers know exactly what they are doing and will stop at nothing to get what they want…money and lots of it. First they need information on the whereabouts of the dragon lairs. They’re willing to do anything to get it.

Paige should’ve trusted her gut. Her first instinct, when she’d seen the helicopter on the horizon, had been to run. Unfortunately for her and the others, she was dead right. She needs to help the injured shifter and must do what it takes to keep them all safe. Even with the odds stacked so heavily against them.

'Captured Dragon' is tagged as:

All books by Charlene Hartnady  ❯