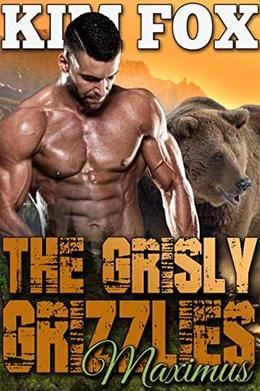 Kennedy vowed never to return to Redemption Creek. At least not while Maximus is still there. He abandoned her when she needed him the most and it would take the threat of death to bring her back. Unfortunately for her, that’s exactly what she’s facing.

The alpha of The Grisly Grizzlies is a hell of a fighter. In fact, he’s been beating himself up for years. Maximus failed to protect his girl against a vicious grizzly bear and he’s never forgiven himself. But he gets a second chance when Kennedy comes looking for protection from an old deadly threat.

Will the two be able to look past their old wounds and start over… that is of course, if the crew gets past the vicious bear shifters and dragons hunting them down.

Buy 'The Grisly Grizzlies: Maximus' from the following stores: