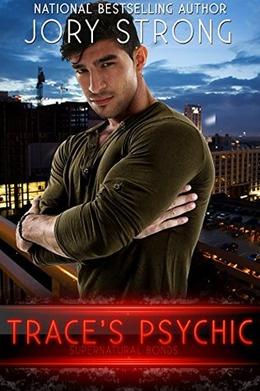 Homicide detective Trace Dilessio has always considered himself a regular meat and potatoes kind of guy—a red-blooded man who likes his women with big boobs, a nice ass, and legs that don’t stop. Aislinn Windbourne is a whole different type than what he usually goes for. And even though he hates psychics—especially those that get tangled up in police business—Trace can’t seem to fight his obsession for the delicate beauty who makes him feel both primitive and protective.

Years of being shunned in Elf-space because of her half-elf, half-human blood have made Aislinn cautious about opening her heart—until she meets Trace. He beguiles her from the start, and among Elves such a reaction usually means that a couple is destined to form a heartbond. But even as love chases away her loneliness, every time Trace rejects the magic that’s part of who she is, Aislinn fears that this human world might be every bit as painful as the one she grew up in.

Please note: A previous edition of this story was published by Ellora’s Cave.
more
Amazon Other stores
Bookmark  Rate:

'Trace's Psychic' is tagged as: