Tomorrow Is Forever: A Novel 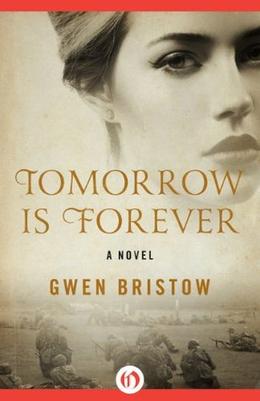 For two decades, Elizabeth Herlong has been a devoted Hollywood wife, supporting her husband as he built an empire in the budding motion picture industry. But far from the bright glamour of her current life, World War II rages in Europe, forcing Elizabeth to remember her past, awakening feelings and longings she thought she would never experience again. Most of all, she fears for her eldest son, who turns eighteen in less than a year and will have to enlist in the army.

Then one night, Elizabeth’s husband introduces her to a German screenwriter he’s been working with. Erich Kessler is a disabled veteran of World War I attempting to make a new life for himself. Something in his face stirs Elizabeth’s heart—setting her on a journey of discovery about the meaning of true love and the things that war cannot destroy.

Made into a film starring Claudette Colbert, Orson Welles, and Natalie Wood, this is a novel of a woman haunted by the shadows of war both past and present, from the New York Times–bestselling author of JubileeTrail, Deep Summer, and other acclaimed novels.

Similar books to 'Tomorrow Is Forever: A Novel'

More books like 'Tomorrow Is Forever: A Novel'   ❯

Buy 'Tomorrow Is Forever: A Novel' from the following stores: