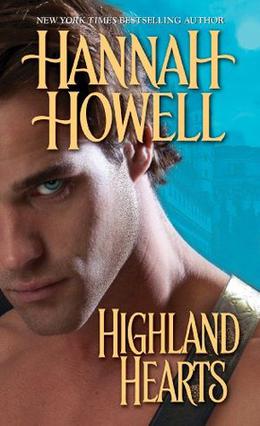 From New York Times bestselling author Hannah Howell comes the thrilling tale of a beautiful noblewoman embroiled in treachery and treason in the Scottish highlands--and the royal knight who would give his very life to protect her. . .

Contessa Tess Delgado suspects her Scottish uncle of supporting those who would overthrow King James II. But it is not until she frees Sir Revan Halyard from her guardian's dungeon that she realizes the extent of the plot--and the deadly lengths to which he'll go to silence her and claim her considerable inheritance. When Revan abducts Tess in the course of his escape, she becomes his wary ally as well as his captive. For though Tess is loath to trust him and resistant to the desire he stirs in her soul, she cannot deny the destiny they share. Now, as they race against the traitors who seek to destroy them and betray the throne, Tess and Revan will risk everything for love of king, country--and one another. . ..

'Highland Hearts' is tagged as: