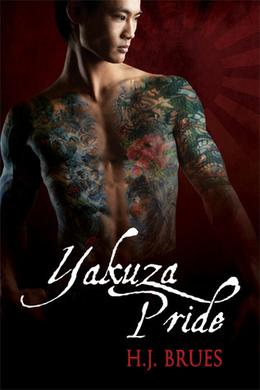 When yakuza underboss Shigure Matsunaga meets Kenneth Harris at a boring social event, he’s surprised to find himself attracted to the blond gaijin with the mismatched eyes. Shigure is even more pleased when he discovers Ken not only speaks Japanese fluently, but is fluent in Japan's ways, even the more violent of the martial arts. Ken’s expertise at kendo is not his most striking quality—it’s the passion beneath his quiet, almost fragile exterior that ignites Shigure's lust, and the two come together as explosively as they spar.

Shigure is a dangerous man in a dangerous position. He’s been trying to keep the peace with the Daito-kai—his hated rivals—but the danger on the streets is escalating, threatening those Shigure most wants to protect. He may claim to love his gaijin, but before he can keep Ken safe, Shigure will have to overcome hostility from his people, a hidden enemy, and, the most insidious opponent of all, his own hard-won pride.
more
Amazon Other stores
Bookmark  Rate:

'Yakuza Pride' is tagged as: