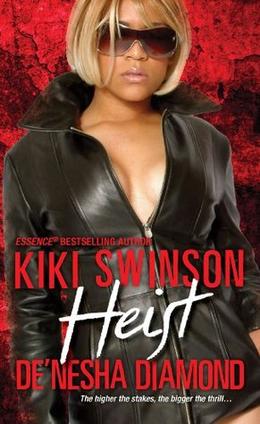 Accustomed to a life of luxury, Shannon Marshall is devastated to lose everything after her husband, Todd, is sent to prison for gun running. So when Todd plans the ultimate stickup from behind bars, Shannon's ready to put her neck on the line. But she'll have to pull off the hustle of a lifetime and play one dangerous gangster who always gets what he wants. . .

DEA Agent Jordan Hayes has spent a lifetime trying to hide her real identity and her family's criminal past. But then sexy and mysterious Keston Bishop strolls into her life and turns everything upside down. Despite being addicted to the danger that radiates from Keston, Jordan quickly discovers that she's not the only one with the kind of secrets that could cost her everything...

"Kiki captures the heat of the streets." --Wahida Clark

'Heist' is tagged as:

Buy 'Heist' from the following stores: