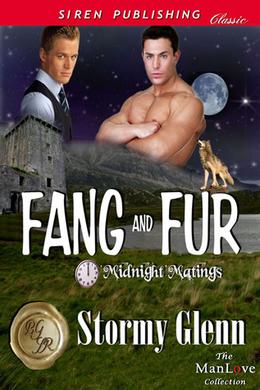 The Gathering is called. The spell is cast. There is no escaping the Midnight Matings. Sterling Roane has a job to perform. He is the personal bodyguard of a vampire coven leader. When the council of elders decrees that everyone needs to find a mate, Sterling isn't interested, but he can't deny the mating heat sweeping through his body. Still, he has a mission to complete and a coven leader to protect. When a wolf shifter interferes with that duty, the fight is on. Before Sterling knows it, he's accidentally mated to the Alpha of the Pacific Northwest Region. It's just too bad that his new mate swears he isn't gay. It gets even worse when Sterling finds out that Beau is engaged to be married. Heartbroken, Sterling drops Beau off in the middle of nowhere and flees back to New York only to find out that the hell waiting for him there is worse than what he left in a Wyoming airport. Someone is trying to claim him, and it's not his mate.

'Fang and Fur' is tagged as:

Similar books to 'Fang and Fur'

Buy 'Fang and Fur' from the following stores: