Man of the Month 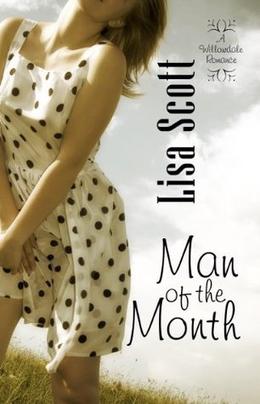 Book Two of The Willowdale Romances.
Every small town has its star-crossed couple. In Willowdale, North Carolina, it’s Jeanne Clark and Brad Larsen, forever linked by a tragic accident years ago.

Sexy, simple, seductive. He’d arrange one blind date a month for her. Help her forget that he wasn’t Mr. Right. That was the deal. If only it had worked.

Jeanne Clark is determined to marry and have children. Too bad the only man she wants is all wrong—her best friend and business partner, Brad Larsen. Their brief affair had been fiery hot but heartbreaking. Brad isn’t the marrying kind. Children? He doesn’t want any.

Hoping they can both move on, Brad proposes a New Year’s resolution. She’ll go out with a different guy each month, hand-picked by him—the Man of the Month. Jeanne doesn’t do blind dates, but agrees to the fool idea. She’s got to do something to get over Brad.

As the bad dates add up, Jeanne realizes how much she really loves Brad. And it’s killing Brad to watch her go out with other men. As the tension between them builds, one reckless night threatens to change everything between them forever.
more
Amazon Other stores
Bookmark Rate Book

Similar books to 'Man of the Month'

Buy 'Man of the Month' from the following stores: