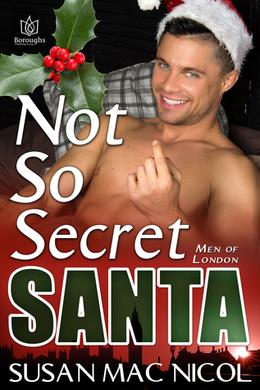 Leslie's feeling the season in a big way. After the Kissmas Drag Stravaganza at Club Delish, he plans to ask Oliver to marry him, but, as with all things Leslie, nothing goes quite as planned.

Leslie Scott couldn't keep a secret if his life depended on it...and this one's a doozy. After years of blissful co-habbing, Leslie plans to ask the love of his life, Oliver Brown, for his hand in marriage. Leslie agrees to help with the Kissmas Drag Stravaganza at his dear friend's nightclub, Club Delish, which is also the site of the impending proposal. Every detail is planned with Swiss watch precision: enjoy the show, bring Oliver back to a private room, seduce him then pop the question. But, as with all things Leslie, his scheme goes tits up. Never one to shy away from drama and public displays of affection, this proposal turns out to be one for the books.
more
Amazon Other stores
Bookmark Rate Book

The 'Men of London' series

Similar books to 'Not So Secret Santa'

Buy 'Not So Secret Santa' from the following stores: