Teach Me Your Love (Dream Catcher #6) 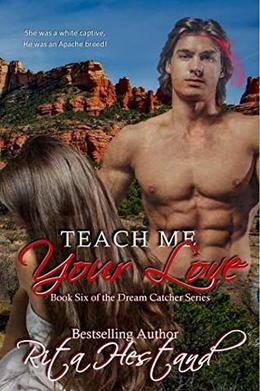 Trapped in a deceitful marriage Naomi Wilson saw no escape until a tribe of Comanches stole her away. Then an Apache, named Bear Foot traded for her, and she was on her way to Arizona to be his white slave. However she refused to be his slave until Red Elk, an handsome Apache Breed saved her from the hot coals. But Red Elk wanted something from her too. He wanted a son and he was willing to marry her to get it too. Could she put away her white past, of being married to a Mormon with two other wives and learn to care for Red Elk? Could she become his Apache Bride?
more
Amazon Other stores
Bookmark  Rate:

'Teach Me Your Love' is tagged as:

Similar books to 'Teach Me Your Love'

Buy 'Teach Me Your Love' from the following stores: