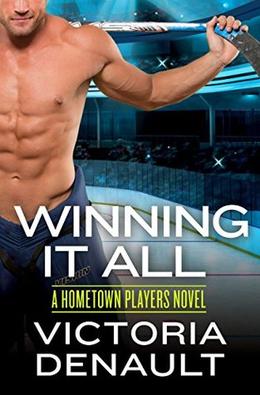 As his team's enforcer on the ice, Sebastian Deveau is America's favorite fighting Frenchman. But he's just as likely to get into trouble off the ice--especially when it comes to women.

Shayne Beckford is so over hockey. It ruined her parents' marriage. It spoiled her brother's dreams. And let's not even talk about her college boyfriend . . . So when Sebastian Deveau walks into her brother's gym, she has no idea who he is. All she knows is that he's one gorgeous man with the sexiest accent she's ever heard. And since she never has to see him again, she lets him give her the best orgasm of her life right on top of the gym's dryer.

But Sebastian isn't going to let this one-night stand get away so easily. He fights for what he wants, even if it takes fighting a little dirty . . .

'Winning It All' is tagged as:

Similar books to 'Winning It All'

All books by Victoria Denault  ❯

Buy 'Winning It All' from the following stores: