Christmas to the Max (Dirt Track Dogs: The Second Lap) 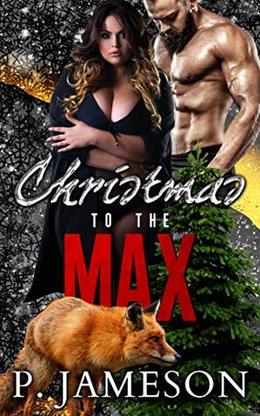 Maxim McGray is going home for Christmas—even if it doesn’t feel like home anymore—and he’s taking his new mate with him. But his fox clan won’t be expecting the vibrant, beautiful, sweet-smelling human who’s captured his heart. No, they’re expecting a vixen, one worthy of mating the would-be alpha. Except Maxim has a different future in mind for the skulk of foxes who raised him. And his sassy Tabatha is going to help him straighten them all out.
Tabatha knows this Christmas won’t be easy, but she’s ready to go wherever her man takes her… especially when he whispers sexy promises of long, sultry nights in front of the fireplace and a real live Christmas tree. But the skulk of foxes Maxim has called family makes it clear they don’t want her around, and each day feels more like she’s trapped in a lion’s den than in a cozy mountain getaway. Maybe she’s not the right person to help him turn the clan around after all, but he’s not letting her go.
It will take a Christmas miracle to open the hearts and minds of these angry shifters, but Maxim believes in them and Tabatha doesn’t give up without a fight, so they’re destined for a happily-ever-after… or maybe a jingle bell disaster.
more
Amazon Other stores
Bookmark  Rate:

'Christmas to the Max (Dirt Track Dogs: The Second Lap)' is tagged as:

Similar books to 'Christmas to the Max (Dirt Track Dogs: The Second Lap)'

Buy 'Christmas to the Max (Dirt Track Dogs: The Second Lap)' from the following stores: