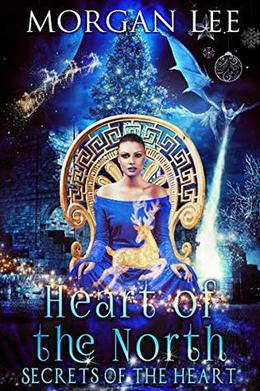 Four elite shifter warriors. One immortal Princess. A war that will change the magical realm forever.


Nicole North, runaway daughter of a Queen, has big dreams of making it in the human world, but reality soon sets in, crushing her hopes and leaving her stuck in a dead-end job. Too proud to admit her mistakes, her fate seems certain until a mysterious stranger shows up on her doorstep.

A devastating war leaves the Magical Realm in chaos...


Ryder, Cade, Bolt, and Dash, four powerful stag shifters, are tasked by their Queen with the retrieval of her only daughter, the heir to the North. Little do they know that Nicole is more than just the next in line for the throne, but destined to be the Queen of their hearts.

Danger lurks in every shadow...


Charmed by the handsome Jack Frost who is not what he pretends to be, Nicole fails to realize that her soul is in danger. Can her fated mates rescue her before it's too late and the world is covered in eternal snow and ice?

Heart of the North is the first book in a medium-burn reverse harem fantasy series. This heart-warming twist on a beloved fairytale delivers a spunky heroine, four irresistible reindeer warriors, and steamy romance that will leave you craving more.

This book is part of a series, but can be read as a standalone title.

'Heart of the North' is tagged as:

The 'Secrets of the Heart - A Reverse Harem Paranormal Romance' series

Similar books to 'Heart of the North'

Buy 'Heart of the North' from the following stores: