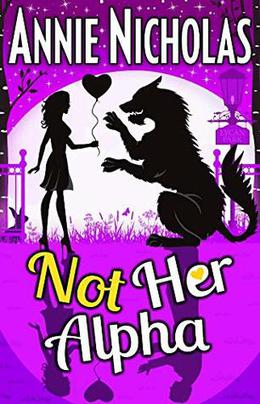 Chris Jenkins, alpha werewolf, wants the woman who destroyed his life dead. Then he finds her imprisoned and beaten by her own family. So, he rescues her instead. Too make things worse, her soul is bound to a grimoire of black magic and he volunteers his pack to protect the book from falling into the wrong hands. Now, Jade has to live with him. It’s the only way to keep his city safe.

Jade Ellington dreams of finding her Prince Charming, then the big bad wolf blows her jail door down. In that moment, she changes her mind. Chris is everything a woman could want. Sexy and strong, and did she mention he can cook? But she’s responsible for all his heartache and she’s nothing to him but a burden. How can she compete with the beautiful shifter women who surround him? Like all the time.

Then a thief invades the pack den and steals her grimoire. The one holding her soul hostage. The one Chris swore to keep safe. Without the book, she’ll die in days. It’s a race against time, sexual frustration, and dragons.
more
Amazon Other stores
Bookmark  Rate:

'Not Her Alpha' is tagged as:

Similar books to 'Not Her Alpha'

Buy 'Not Her Alpha' from the following stores: