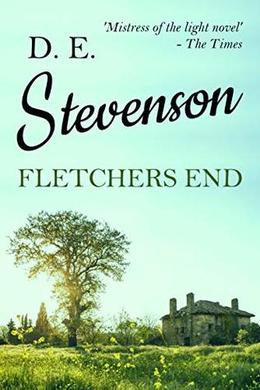 The joys and contentment of newly-wedded life, set against the tranquil beauty of the English countryside, are the subject of this volume by the beloved novelist, D.E. Stevenson. The author of Bel Lamington continues the heartwarming story of the gentle heroine who came to London and fell in love with her employer, Ellis Brownlee.

Shortly before Bel's marriage to Ellis, her friend, Louise Armstrong, goes house hunting for the Brownlees and discovers a charming but neglected old stone cottage in the Cotswolds. Bel adores the house, called Fletchers End. Equally enthusiastic, Ellis buys the place from the absentee-owner, Lieutenant Commander Lestrange, and, after a picture-book wedding, the happy couple move in.

As she embarks on her new life as a devoted wife, Bel loyally guides Louise through her own romantic tribulations. She also enjoys sharing with Ellis the excitement and satisfaction of decorating their first real home, as well as unravelling the mysteries of the old stone cottage.

But with the unexpected arrival of Lieutenant Commander Lestrange, the peace of Fletchers End is suddenly threatened...

Fletchers End is an appealing novel, filled with all the warmth and charm which D.E. Stevenson fans have come to anticipate so eagerly.

D. E. Stevenson was born in Edinburgh, the daughter, granddaughter and great-granddaughter of civil engineers who designed many Scottish lighthouses. Her father was a first cousin of Robert Louis Stevenson. She was educated privately and travelled widely in France and Italy with her parents. She married a major in the Highland Light Infantry and moved with the regiment from place to place gaining valuable experience of life and people. Her first really successful novel, Mrs Tim , was published in 1933.
more
Amazon Other stores
Bookmark Rate Book

All books by D.E. Stevenson  ❯