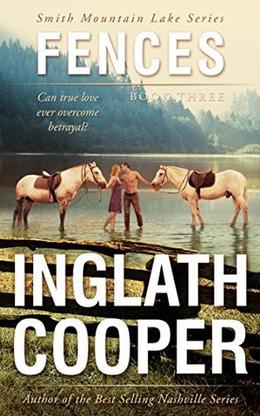 Can true love ever overcome betrayal?

At eighteen, Tate Callahan left Smith Mountain Lake with no intention of ever coming back. The one thing he'd believed in after a lifetime of growing up in foster homes was his love for Jillie Andrews and her love for him. But a single act of jealousy had destroyed all that, and Tate has spent the past eighteen years trying to convince himself what they had was never real. And he's done a pretty good job of it, until the day someone decides the past isn't better left alone. When old accusations are brought to light, Tate believes Jillie is responsible and heads back to Smith Mountain Lake to once and for all prove to himself that she is not the woman of his dreams, but the woman who had destroyed his dreams. What he finds though isn't at all what he'd expected. And the question he will have to answer is whether the protective fences we build around ourselves can ever be taken down, letting us see not only what might have been, but what can still be.
more
Amazon Other stores
Bookmark Rate Book