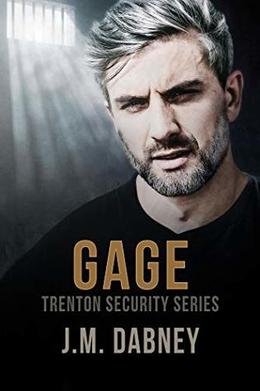 The forbidden is the sweetest lure.

Trenton Security’s Public Relations go-to was Hayden Gage. He loved his job, and it kept him distracted from the demons haunting his nightmares. His past wasn’t up for discussion, and Hayden wouldn’t allow it to intrude on his future. Yet, that was easier said than done when his best friend came to him desperate for help, and it put him right on the path to his one weakness.

Derrick Thorpe lived in the shadow of his father’s mistakes. Although he was adopted by Linus Trenton, he wanted to prove that he wasn’t like his biological father. When he was asked to go undercover to help at Trenton Security, it put him in close quarters with Gage. Being Gage’s was only an act, but when lines blur, what happens when the operation ends?

'Gage' is tagged as:

Buy 'Gage' from the following stores: